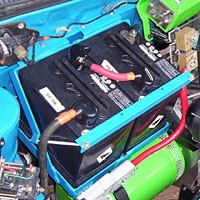 What kind of batteries did we think would be best for the ForkenSwift? Well, "best" required qualification: For us, it meant "cheap". That meant we were probably going to end up with used batteries of the lead acid variety.

Some of the options we considered:

Ultimately we ended up receiving a pile of used 6 volt golf cart batteries from two generous EV owners who had weeded these weaklings from their packs. We've had 3 different packs in the car since its first test drive. See the gallery below for more info and images. 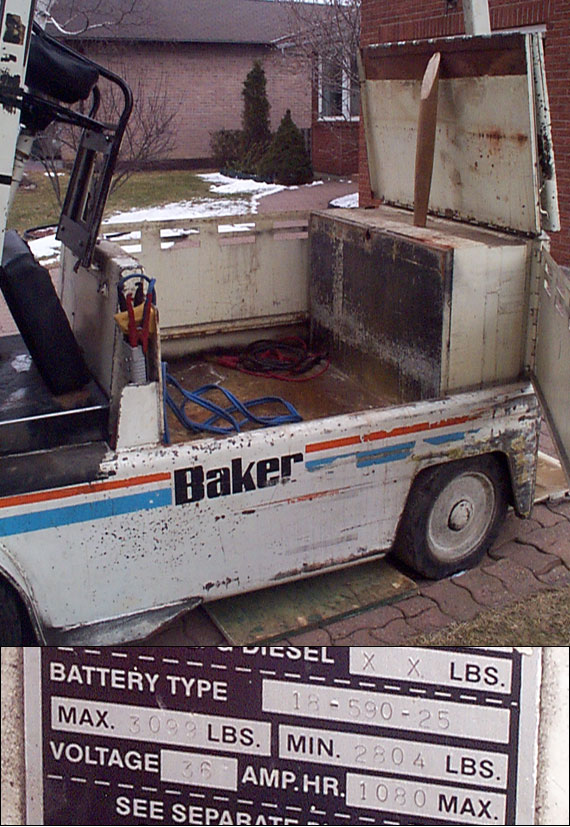 Baker forklift battery ... not included
The forklift battery was not included in the purchase - it was a 3000+ lb / 1361 kg monster pack that occupied the entire middle section of the forklift. The company probably kept it to either re-use in another lift truck or to sell to a recycler (the lead content is valuable).

We moved the forklift by putting three 12 volt marine batteries in the compartment and jumper cabling them together in series to make a tiny 36 volt pack. It was enough to turn the machine around and back it into the garage where it was disassembled.