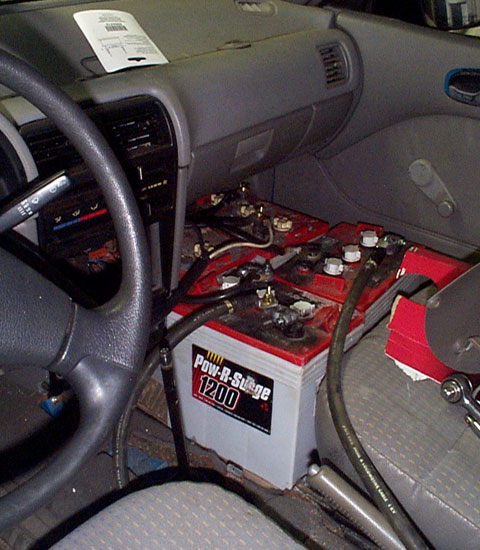 Floor sweeper batteries - test pack for first drive
The company that sold us the forklift also sells and services commercial floor sweeper/scrubbers that run on golf cart batteries. When I told them we were on the lookout for batteries, they offered to give us any of the used, worn out batteries they swapped out of their machines.

For the purposes of a test pack, we thought that was a great idea!

Several calls later, we had enough batteries to connect in series to the motor and controller.

Here you see part of the test pack assembled on the floor of the car for the first round-the-block road test. (The rest of the batteries were on the floor in the back.)